The US Centers for Disease Control and Prevention (CDC) released new guidelines Sept. 18, 2020, on the transmission of SARS-CoV-2. For the first time, the CDC guidelines warned that the virus causing COVID-19 could be transmitted via tiny, aerosolized particles that can spread farther than droplets.

This bombshell development from the national authority on disease transmission would lead to a significant shift in the understanding of how COVID-19 spreads. The only airborne considerations prior to these guidelines for SARS-CoV-2 were in healthcare environments when aerosolized treatments were being used or when patients were intubated. 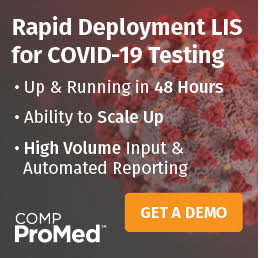 “There is growing evidence that droplets and airborne particles can remain suspended in the air and be breathed in by others, and travel distances beyond 6 feet,” the now-deleted CDC guidance had stated.

When the new guidelines were released that Friday, they were quickly withdrawn the following Monday as they began to attract the attention of the national media. The earlier CDC guidelines describing a droplet transmission of SARS-CoV-2 were restored, and all the new language was removed.

The CDC later said that the guidelines discussing the airborne transmission of SARS-CoV-2 were unintentionally updated on the CDC website. “A draft version of proposed changes to these recommendations was posted in error to the agency’s official website,” a CDC spokesperson said in a statement at the time.

“The CDC is still working on updating its recommendations regarding airborne transmission of the coronavirus,” the CDC spokesperson also said at the time. “Once this process has been completed, the updated language will be posted.”

Since this story broke, the CDC updated a scientific brief Oct. 5 on the subject. “The term ‘aerosol’ has been used in various ways to describe small particles that can move through the air,” states the authority. … “The term ‘airborne transmission’ has a specialized meaning in public health practice.” Furthermore: “The epidemiology of SARS-CoV-2 indicates that most infections are spread through close contact, not airborne transmission.”

The Oct. 5 CDC scientific brief leaves off with a set of “critical questions” that must be answered in refining guidance:

The possibility of SARS-CoV-2 being an aerosol first gained widespread attention when the New York Times published an article in which 239 scientists in 32 countries outlined the science supporting the possibility of airborne transmission and encouraged the World Health Organization (WHO) to consider the possibility.

“Especially in the last couple of months, we have been stating several times that we consider airborne transmission as possible but certainly not supported by solid or even clear evidence,” Benedetta Allegranzi, MD, DTM&H, a leading infection control expert at the WHO said at the time. “There is a strong debate on this.” The WHO has continued to only recognize that “short-range aerosol transmission, particularly in specific indoor locations, such as crowded and inadequately ventilated spaces over a prolonged period of time with infected persons cannot be ruled out.”

Despite this development, the possibility of aerosolized transmission of SARS-CoV-2 is unlikely to affect testing methods in clinical laboratories, it could have significant impact on overall COVID-19 testing strategies. With the CDC recently emphasizing the need to test asymptomatic individuals with COVID-19 exposure, a potential change in the understanding of transmission could lead to a significant increase in the need and demand for testing.

Clinical laboratory leaders should keep abreast of the developing understanding of SARS-CoV-2 transmission. This will not only help them to provide high-level expertise to the communities they serve, but may help them to anticipate an increase in test volumes that may result from increased potential exposures should the CDC find that airborne transmission plays a role in the spread of COVID-19.

WHO: Transmission of SARS-CoV-2: implications for infection prevention precautions

NYT: 239 Experts With One Big Claim: The Coronavirus Is Airborne

LA Times: World Health Organization acknowledges that coronavirus can linger in the air